Clauiano is a village mainly composed of eighteenth-century buildings and houses, an excellent example of traditional and rural Friuli architecture. The Foffani complex, located on the main square, maintains the same configuration shown on an ancient map of 1774. Always inhabited by the Calligaris family, it is now owned by Giovanni Foffani, son of Maria Calligaris. The main house picture was used as logo of our first wine bottles, shown below.

The buildings belong to the historical farm, once mainly dedicated to wine production – officially documented since 1789 – and breeding of silkworms. The small “tower”, built in early 1700s, hosts now a cosy B&B, with ancient wooden stairs and stucco on the first floor ceiling.
During Second World War, the house firstly became headquarter of the local German command and later of the American one

The garden always amazes guests for its secular wisteria that spreads all over on trees and around the house walls. Difficult to capture with a single picture, it must be discovered little by little. In early May its scent spreads around, and the flower petals eventually fall to the ground, when a soft purple carpet entirely covers the gravel for a few days.
Several other flowers bloom at different times and offer changing colors and perfumes from spring to autumn. 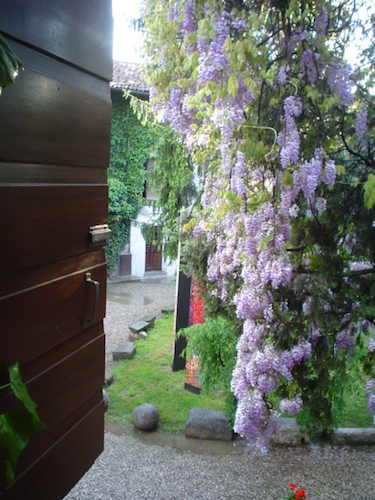 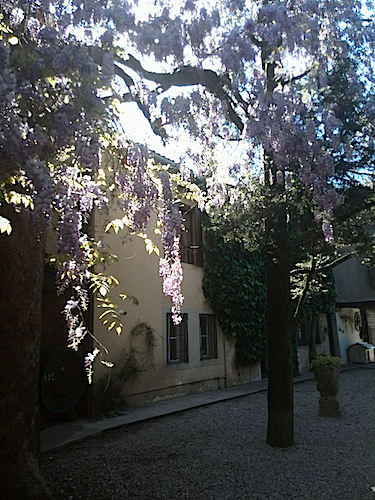 Before visiting the winery, we recommend a walk in the large garden. Further to the wisteria a wide spread ivy covers several walls. Walking further on the lawn towards the vineyard, there are century-old trees, such as a Lebanon cedar, a huge magnolia, silver pines and a few different fruit trees. 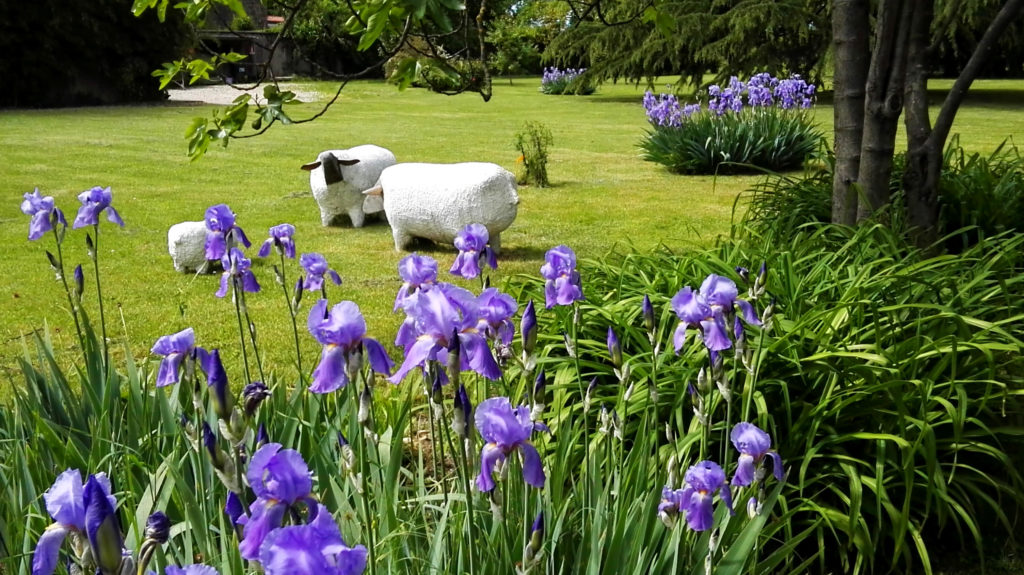 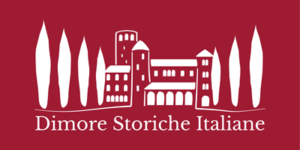